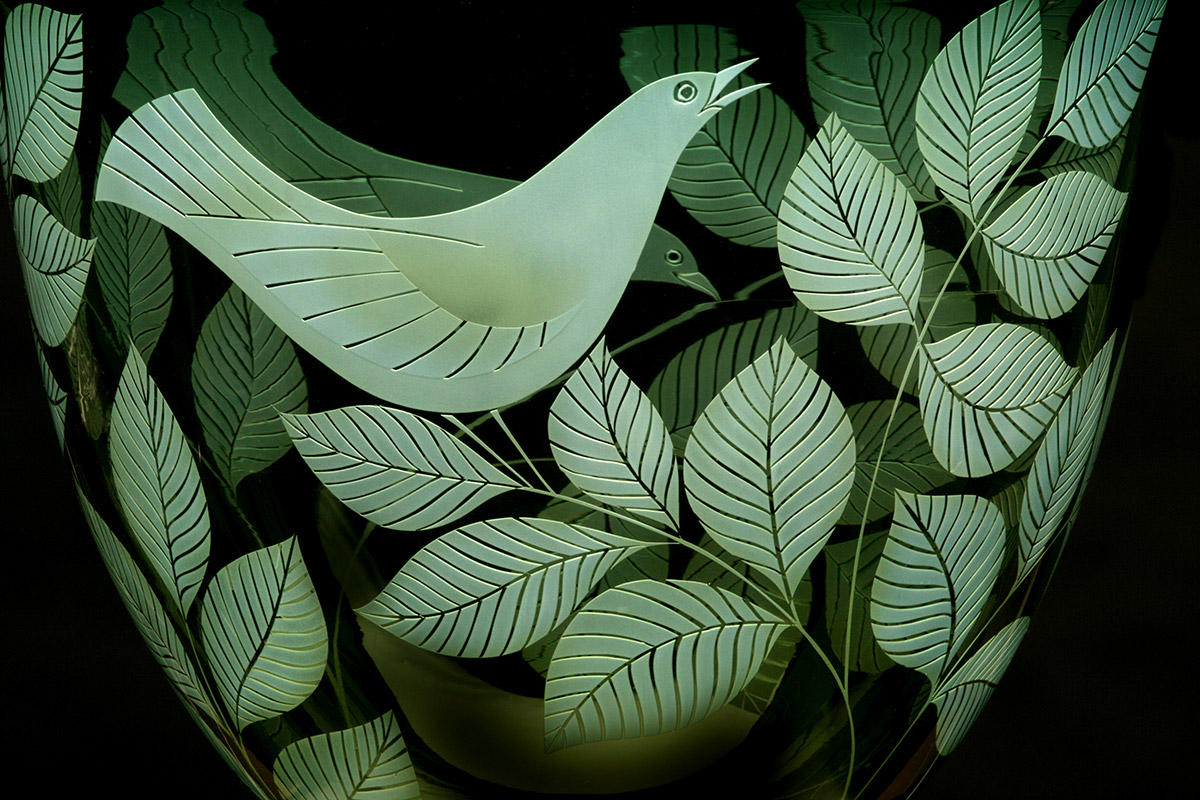 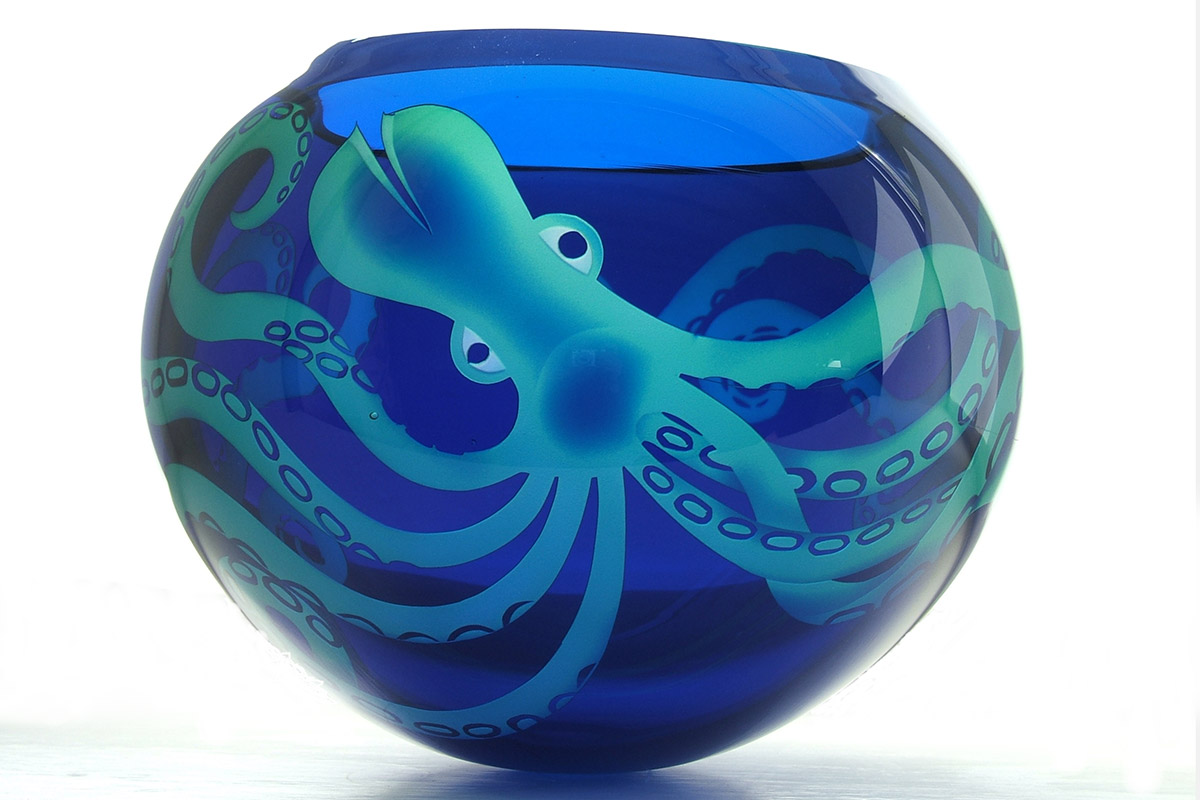 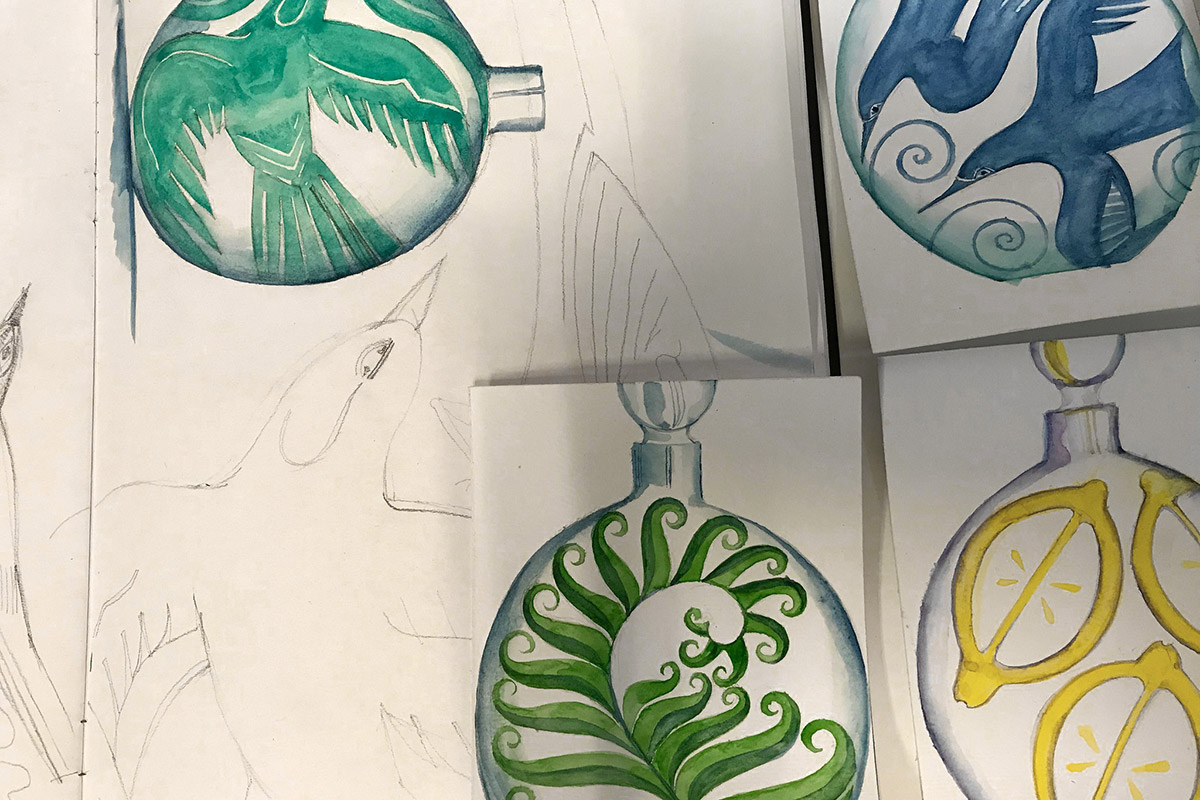 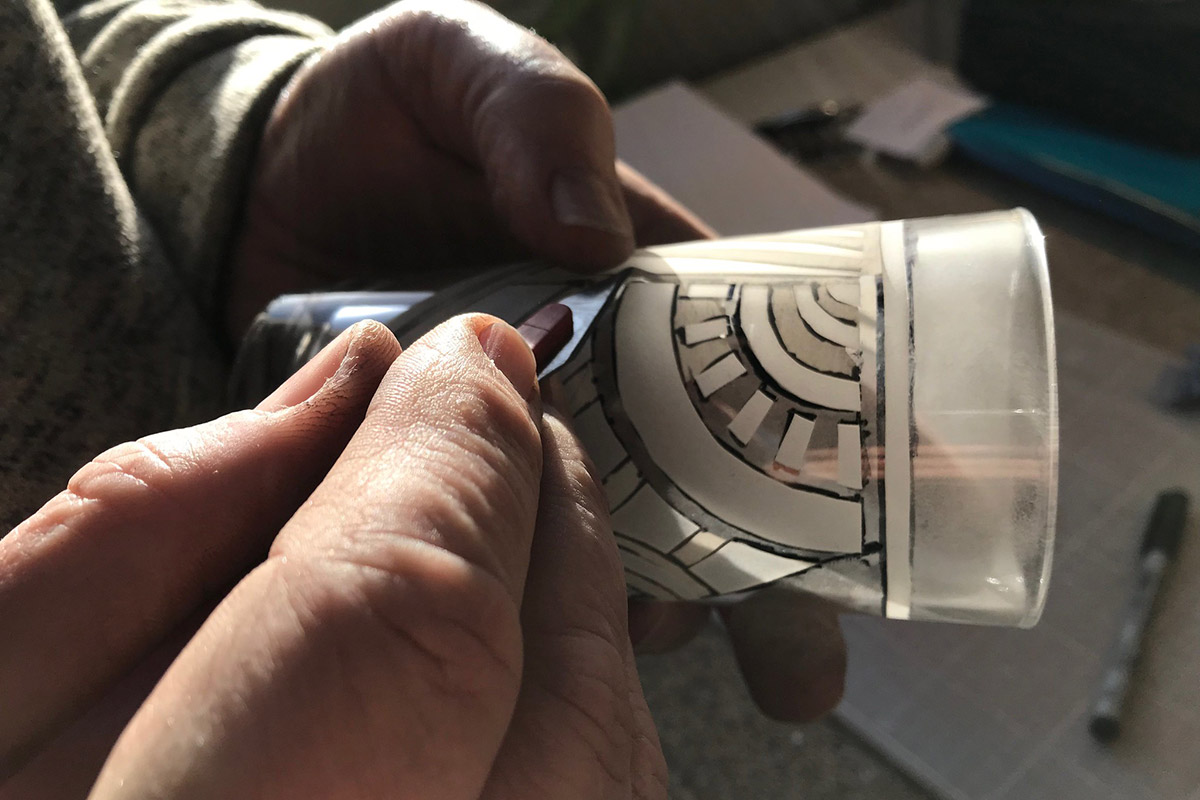 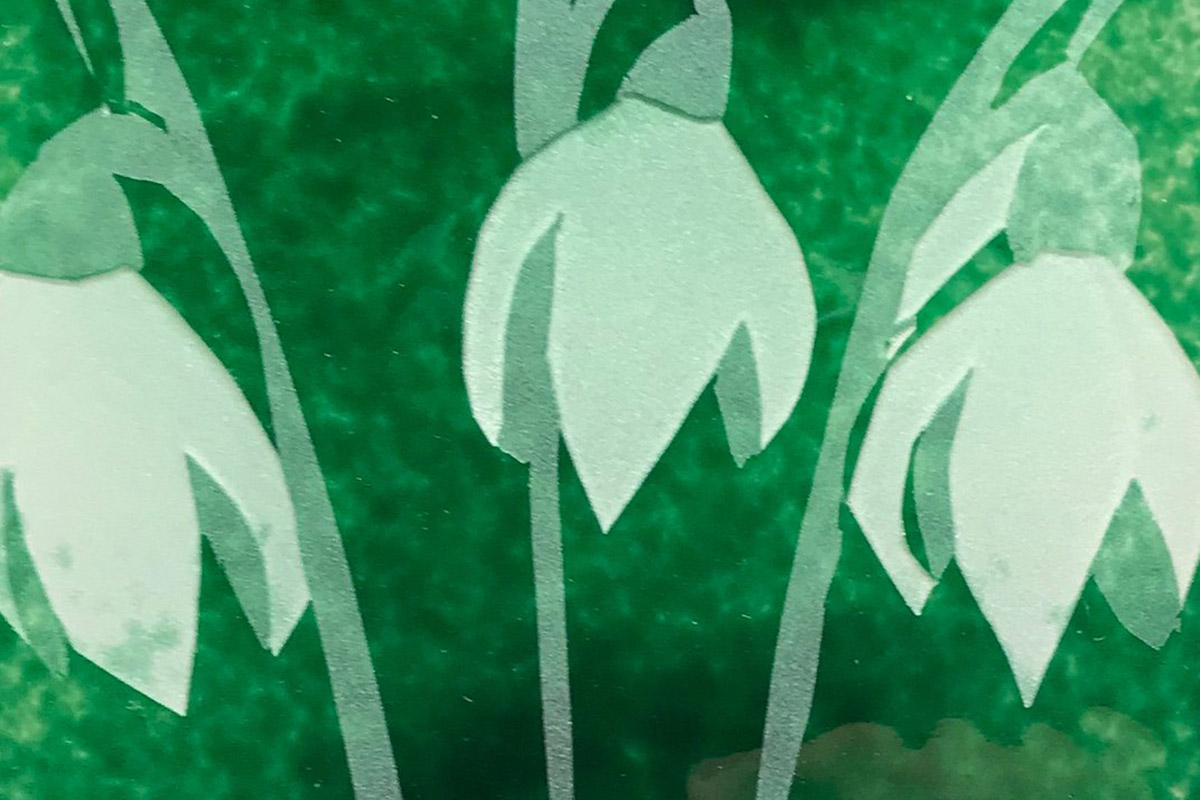 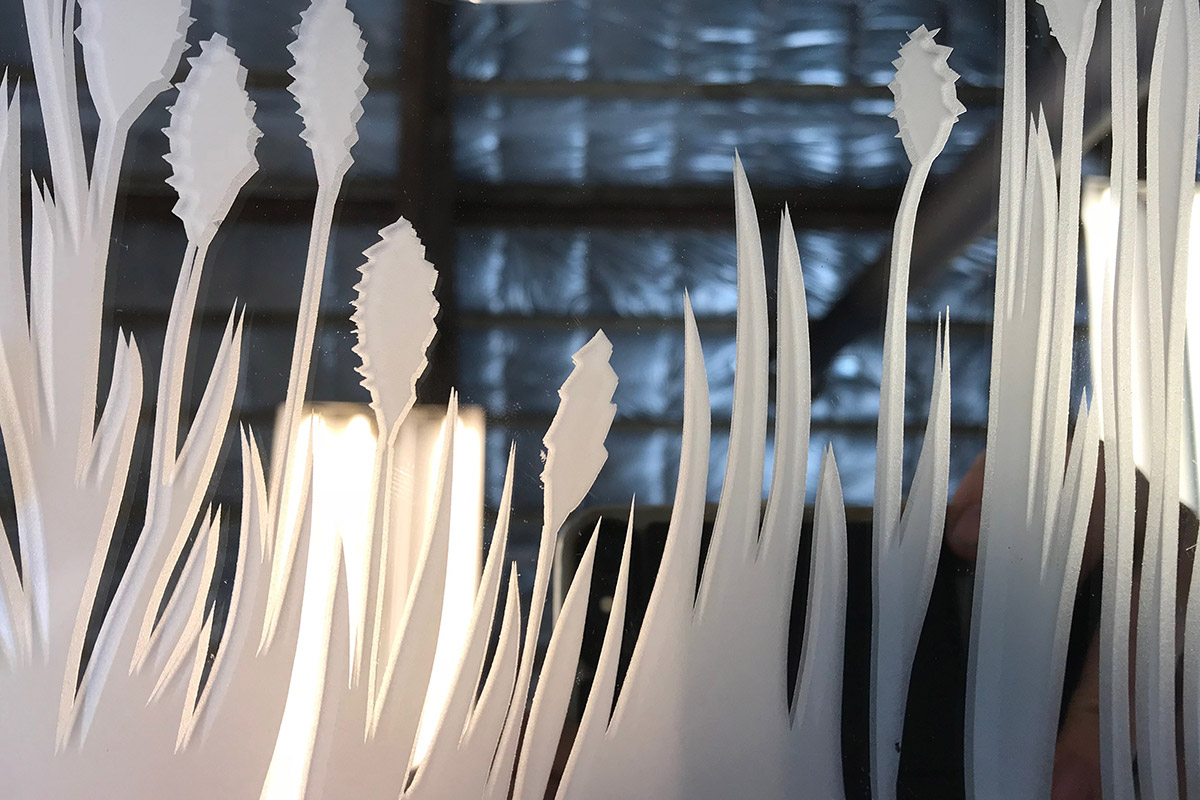 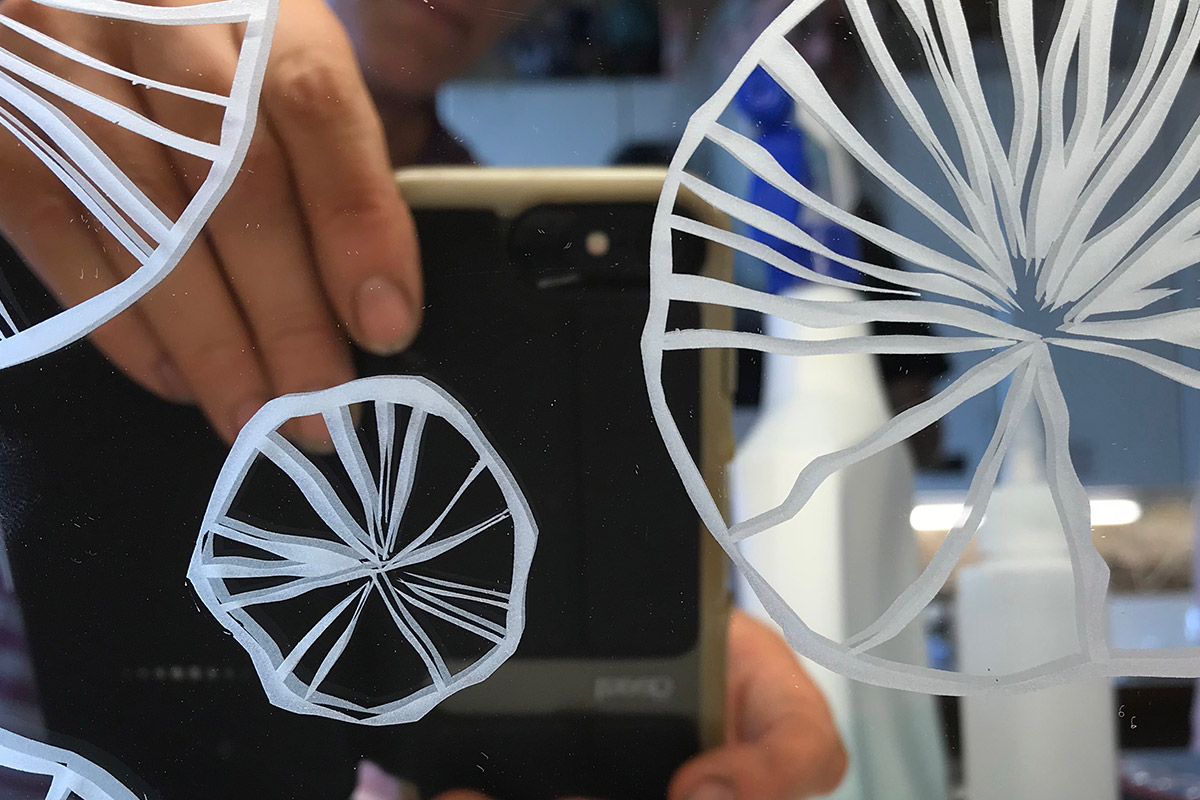 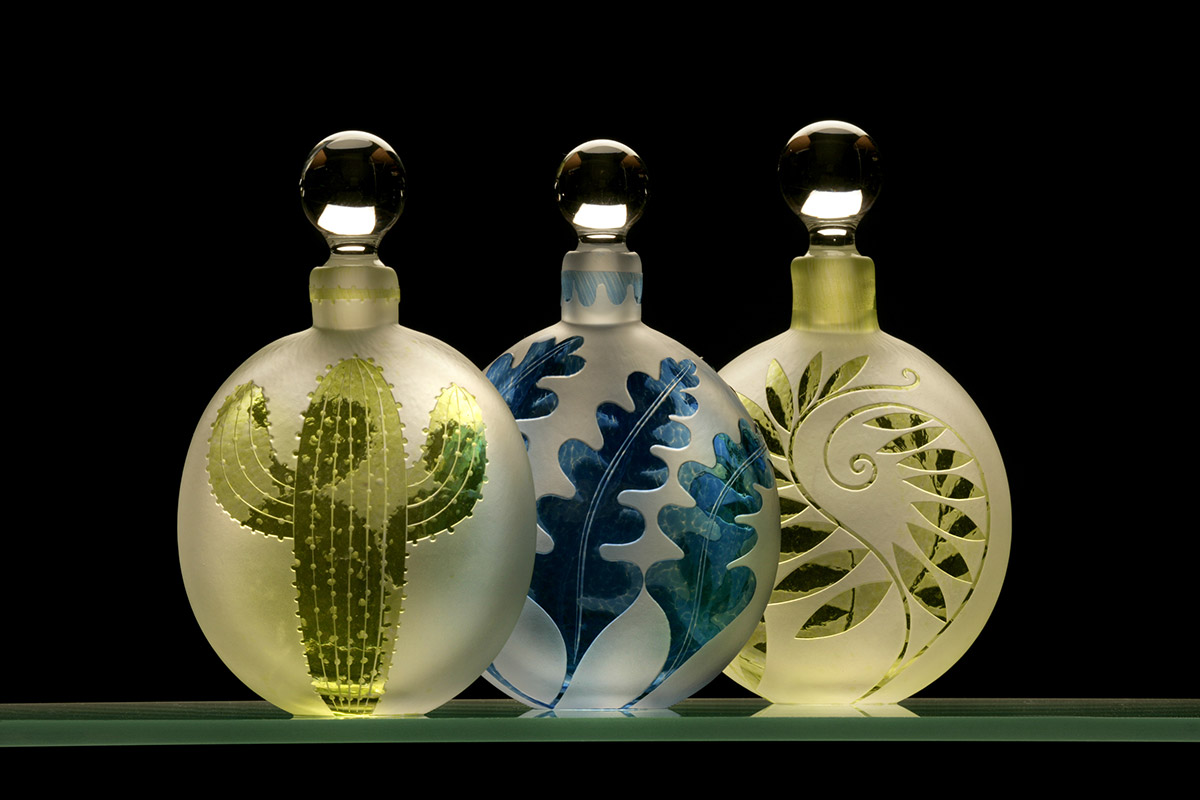 Explore the creative possibilities of sandblasting glass. Ruth will guide you through the processes and mechanics using a selection of resists with your own designs. You will look at a range of effects that can be created including texturing. This is an excellent course for those who want to get to grips with this undervalued technique. An informative and creative two-day session for all abilities.

Ruth Dresman makes vessels in coloured glass, with sandblasted design which emphasise the colour transparency and translucency of the material. She has evolved a distinctive technique which is exclusive to her studio, based on the controlled removal of layers of coloured glass to describe her designs.

After studying 3D Design: Glass at West Surrey College of Art & Design, Ruth worked as a studio assistant at The Glasshouse, London and then became craftsperson in residence at a gallery in Salisbury. She then spent a year travelling to the USA, Mexico, Indonesia and India before returning to her native Wiltshire to set up her independent glass studio in 1986. Ruth was commissioned by Buckingham Palace on behalf of Her Majesty The Queen to make gifts for the Sultan of Brunei and his family during the Royal Visit in 1998, and has also made architectural commissions for public and private sites, including an architectural sculpture commission at New Salisbury Hospital in collaboration with blacksmith Jayne Fortune. Ruth is based in West Knoyle near Warminster.

- What to Bring and Wear
- Location and Travel Information

Before booking onto a course please make sure you have read our terms and conditions. If you have any problems or queries then please do get in touch with us (email is best).

Cool Down and Postage

For all Courses. Due to the cooling down processes involved with glassmaking it is not possible for students to take work home on the day it is made. Work needs to cool down slowly in our kilns and may be collected at a later time by arrangement or carefully packaged and posted to you for £20 (£10 for small items or lampworking) – our cost, no more.

Please bring a packed lunch and/or snacks and drinks, especially if you are staying for a whole day as there are no shops nearby. Refreshments including teas, coffee and water are provided.